How Are Chinese Houses Different From American Houses?

by Anibe Adama
in Technology
0 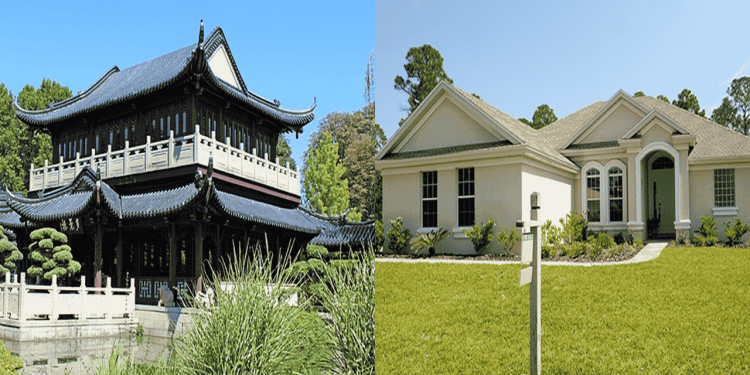 One of the most noteworthy differences is that Chinese houses are mostly poured concrete. In contrast, plastic-wood composite, fiberboard, and plywood are commonly used in American homes.

Builders often describe engineered wood as having the strength of concrete and the flexibility of plastic.

However, it isn’t easy to use compared to the older concrete construction method, so builders in China do not use it.

Second, American kitchens often have an open floor plan, while Chinese kitchens currently have an enclosed, separate space. This is a newer approach that is not found in ancient Chinese architecture.

Recently, stir-frying has become extremely popular in China, and kitchens have adapted to accommodate the enormous amounts of oil smoke that would otherwise go everywhere.

The “fried and white rice” trend has continued in China for several decades, but leading scientists in China are firmly against this habit and are promoting things like black rice and convection cooking.

So we can expect to see a return to open kitchen floor plans.

The Differences Between Chinese And American Houses

Residential bathrooms in China are generally built as multipurpose rooms. The small space usually has a tile floor, and the first thing many expatriates notice is that there is no bathtub or shower door.

Some apartments have a bar and curtain to contain the water, but it is not uncommon for the shower head to be open to the rest of the room.

Remember to store electronic appliances such as hair dryers or electric hair clippers in a dry place.

The Chinese prefer a more rigid surface for chairs, sofas, and beds. Buying a mattress pad and chair cushions may be more comfortable for Americans.

Almost all Chinese meals are prepared on the stove, so ovens, microwaves, and toasters are not usually available in homes. Small appliances can be purchased for the countertop.

However, it can be fun to experiment with traditional Chinese cooking techniques, such as using a wok on an open flame or steaming in bamboo baskets.

Chinese kitchens are pretty small. So if you are planning to buy an additional appliance, it is advisable to consider the countertop space when considering temporary accommodation.

Time To Do Laundry

Although it won’t surprise Europeans, Americans will be interested to learn that Chinese apartments rarely have clothes dryers.

However, they may have a small outdoor area that can be used for drying clothes. Be sure to buy some clothespins or a clothes rack when you first purchase.

The Differences Between The Chinese And U.S. Real Estate Systems

The U.S. system is mature, and China still needs to improve. In the United States, many outside agencies help buy and sell houses.

It is also necessary to ensure that every step of the buying and selling process is perfect. The real estate industry should be fair, transparent, healthy, and prosperous.

The real estate business in China has just started in recent years, and it is not a mature, established system. There are many potential problems, whether in the brokerage system or the buying and selling process. The government’s macro-control is unpredictable at various times, causing people to feel insecure.

Speculation throughout the real estate market far exceeds the actual demand for property.

In the U.S, there is a strict collection of taxes and fees. Anyone who owns a home in the U.S. pays a property tax, typically 1-4% in the U.S. and 1.2-2.0% in California. Each state has its regulations.

After you buy a house, you have to pay property taxes yearly, which is the cost of owning your property.

This also lowers the vacancy rate in American homes and reduces speculators’ real estate speculation. We know that more than 30% of houses in China are currently vacant, owing to people viewing homeownership as speculative. They do not stay to rent after purchasing a home but instead wait for the real estate industry to grow in the short term, so most investment houses are vacant.

To curb the vacancy of houses, China has started to trial a property tax in several major cities, but the property tax rate is only about 0.5%. – It cannot anticipate the crowding out of the real estate market.

In China, there is a significant difference between urban and rural areas, whereas, in the United States, there is no discernible difference between rural and urban areas. The Chinese people’s living environment, city, and countryside are worlds apart. All the institutions are located in the town, which is a relatively commercial area.

You have to go to the town if you want to shop, eat, work, play, or even go to the doctor. People in the city live in a relatively small space with a concentrated population that can be pretty congested.

Nevertheless, people want to stay in the city and not go out of it, because once they are far from the city, life is very inconvenient.

In China, the city is the city, and the country is the country. There is no absolute difference between the city and the country in the United States, neither in New York nor Los Angeles. Only the city center is a small, relatively concentrated place; the others are cities and regions that radiate like satellites.

One part has its self-contained facilities, stores, restaurants, hospitals, and schools, providing great convenience to the area’s residents. People don’t have to do anything to get to the city center and can do it where they live.

How to Safely Replace a Worn Out Electrical Outlet

What Are The Most Efficient Steps To Clean A House From Top To Bottom? 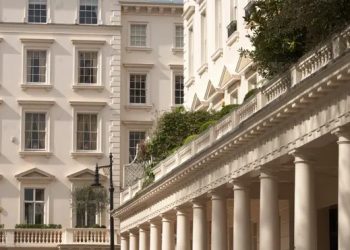 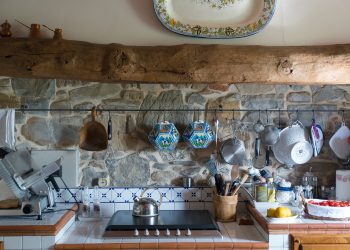 What Are The Most Efficient Steps To Clean A House From Top To Bottom?

What Is The Point Of Having Household Pets?

Guide To Living In A Home: Is It Ultimately Better To Rent Or Own A House?